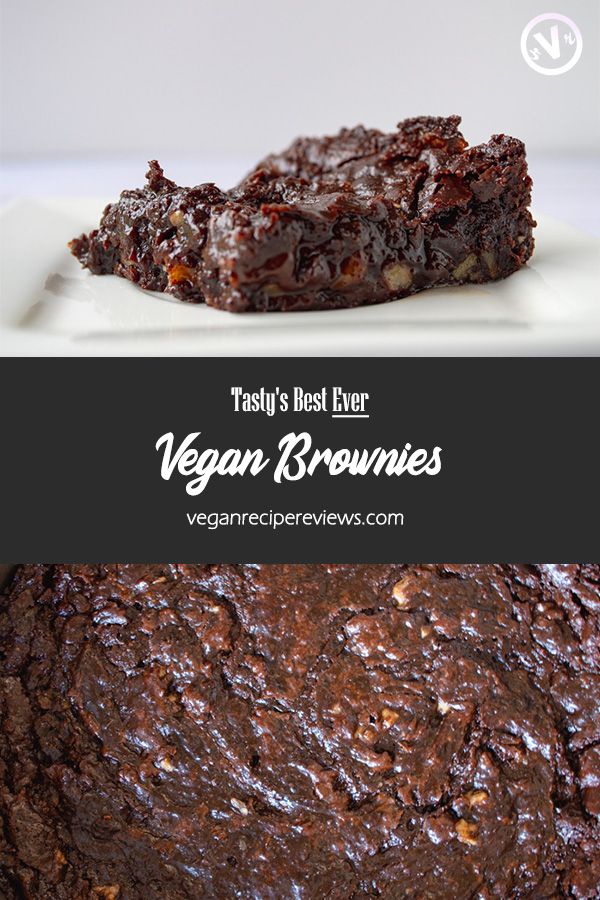 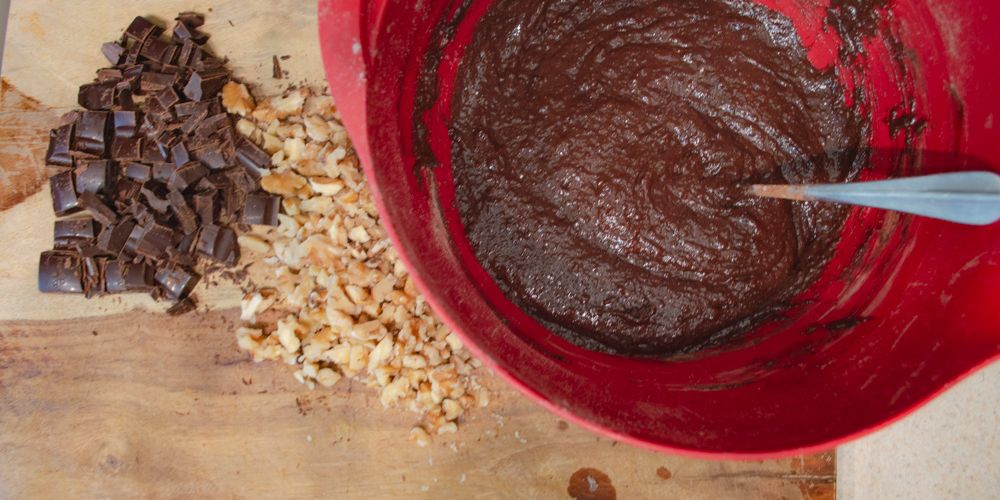 I preheated my oven to 350°F and greased a 9in x 9in pan. I melted half the chocolate in the microwave and chopped the rest and left it to the side. I also chopped some walnuts, which was not in the original recipe, because I cannot make brownies without walnuts . Then, I made a flax egg by combining the ground flaxseeds with the water. In a couple minutes this thickened up. In a medium bowl, I whisked the vegan butter with the sugar. The butter doesn't need to be completely melted to do this but it does help. Next, I added in the flax egg, vanilla and melted chocolate and mixed it all up. Then, I added the flour, cocoa powder, baking powder and salt and mixed until it was combound trying not to overmix. I folded in the chopped chocolate and walnuts.

Lastly, I put it into my greased pan and baked it for 40 minutes. I ended up baking it 5 minutes longer because my toothpick wasn't coming out clean. I let them cool for about 30 minutes before trying to get them out of the pan. I would suggest throwing them in the freezer for a few minutes to help them hold together before cutting them. Mine kinda fell apart. But, that's ok because they taste amazing and were just going to mouth anyways. I stored them in the fridge afterwards which made them hold together without any issues.

Five words— chocolate explosion in your mouth!!! These were amazing. If you are craving chocolate then these are the perfect recipe for you. It wasn't just chocolately, it was a chocolate overdose. I could only handle a little bit of these at a time. That said, I did finish the whole recipe myself. My favorite thing to do was heat one in the microwave until it was warm and put a scoop of ice cream on top. The chunks of chocolate would melt out into the ice cream. I have tried a number of vegan brownie recipes and was curious if these would live up to the name but they really were the best vegan brownies I have had. They were fudgy, with chocolate melting out and a loose texture that made them melt in your mouth. They were not cakey at all. So, if you are a fan of fudgy brownies then you'll love these.

These are a bit pricey due to the amount of chocolate required. I used vegan chocolate bars and each bar was 3 oz of chocolate. So, I needed 2 and 1/2 bars for this recipe. Vegan chocolate bars are around $3-4 each so that does add up. The rest of the ingredients are pretty cheap and can usually be found in your pantry. I had everything except the chocolate. It's still not too expensive but slightly above average when it comes to desserts. 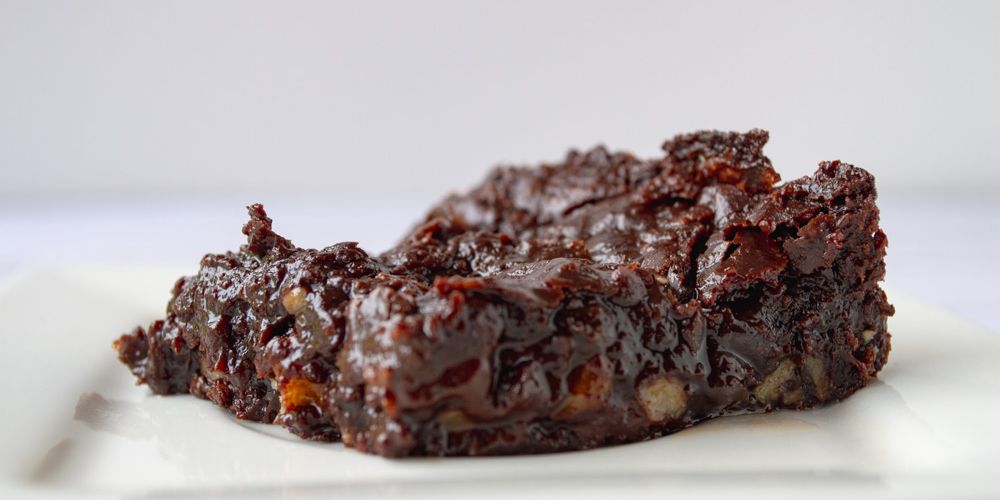 They were beautiful. The ends were crispy and the insides were gooey. The chunks of chocolate melted and gave the brownie more texture and color. The walnuts added a pop of color. The top had cracks you would expect from a good brownie. Pretty much as pretty as a brownie can be. Sometimes, brownies are just a solid color but these had more dimension than that.

It was a simple and easy to make vegan dessert. It only requires one bowl too. Mix everything up, put it in a pan and bake it. Almost, too easy. It didn't take much to prep everything. The most time was spent on baking which involves no effort on my part. You can easily make these in 10 minutes of actual work. 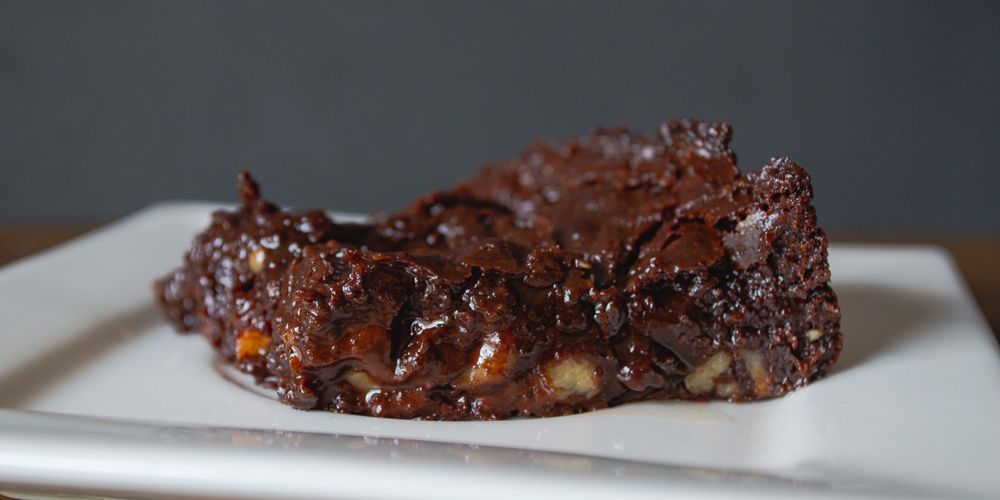 Absolutely. I ate all of them. I don't think I need to say more than that.