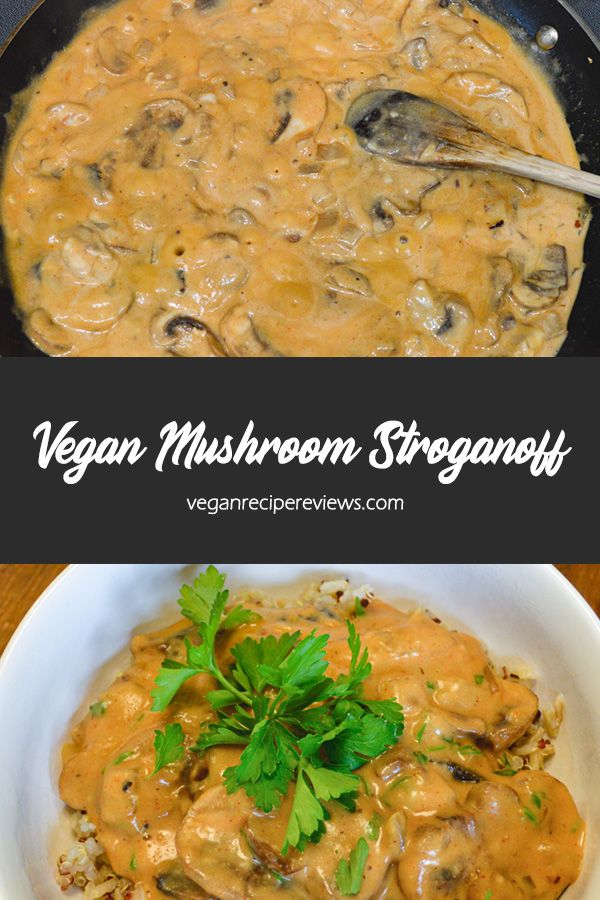 Gluten-free mushroom stroganoff with a hearty flavor and creamy sauce

I started cooking the rice first with 2 cups of water 1 cup of rice. I used brown rice and a little bit of qunioa but you can use any rice you like. I think this recipe would be great with mashed potatoes too. It's worth a try.

In a separate bowl I whisked the cornstarch with the plant-based milk until it dissolved. Then, I added this mixture to the boiling mushrooms. I turned down the heat to low-medium and waited about 10 minutes for it to thicken. I noticed this thickened really fast. I feel like it may have been too much cornstarch. If I made this again I would reduce the cornstarch to 1 tbsp instead of the 2 tbsp the recipe called for.

Once it thickens it's ready to be served hot. I served mine over brown rice with some diced fresh parsley. You can use any fresh herbs you like here.

This mushroom stroganoff was thick and creamy and tasted hearty from the mushrooms. You can't go wrong with the onion and garlic combo. There was something about the white wine, mushrooms and spices that made it taste beefy. I'm not sure if I'm too fond of that because it reminded me of meat too much. But, if you are a fan of that kind of flavor you will enjoy this recipe. The sauce was thick and creamy but I felt like it was almost too thick. Next time I would add less cornstarch or add more vegetable broth to make it more runny. The chopped parsley on top gave it a nice freshness. Overall, it's a great mushroom stroganoff recipe and if you are looking for something warm and comforting this is the right recipe for you.

I gave this recipe a 5/5 for the price because it was pretty cheap to make. Most of the ingredients I already had in pantry and fridge. Mushrooms, onion, parsley and coconut milk are pretty cheap to come by. I bought a carton of vegetable broth too but you could replace that with some bouillon to make it even cheaper. Overall, I spent around $7 on this recipe (on the items I didn't have). 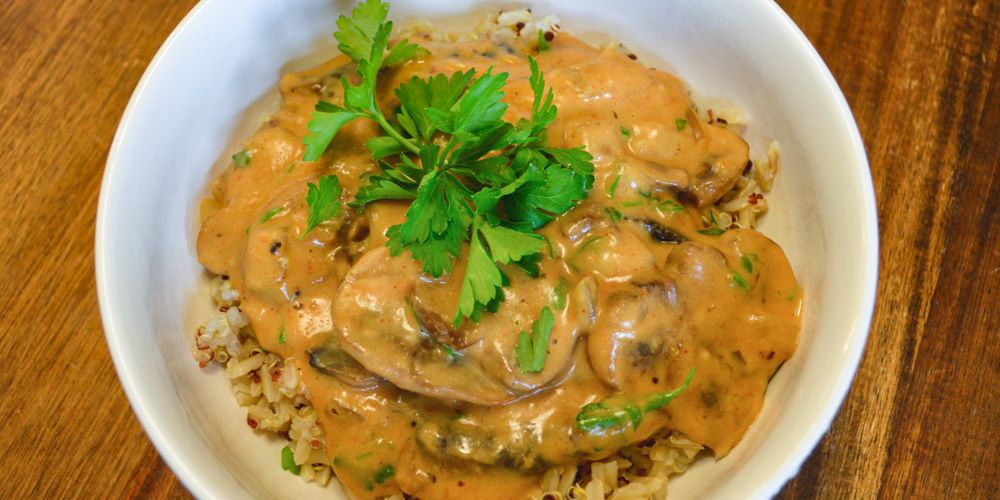 Overall, not the prettiest recipe but it looks like good comforting food. It reminds me of mashed potatoes and gravy for some reason and that's a good thing. It looks like something great on a cold night that's warm and comforting.

It was pretty easy to make this mushroom stroganoff. It only took about 20 minutes to cook and with rice you can set it and forget it. The only difficult part is stirring it frequently after adding the cornstarch to make sure it doesn't burn. Other than that it was very easy to make. 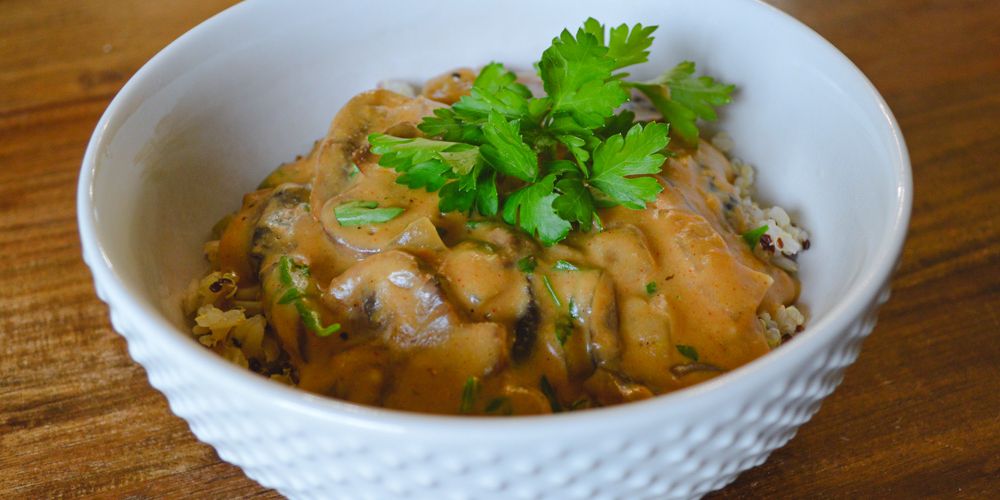 I would love to try this recipe again with some mashed potatoes. I don't know why but it sounds like it would be great in a mashed potato bowl with some other fresh veggies on top.