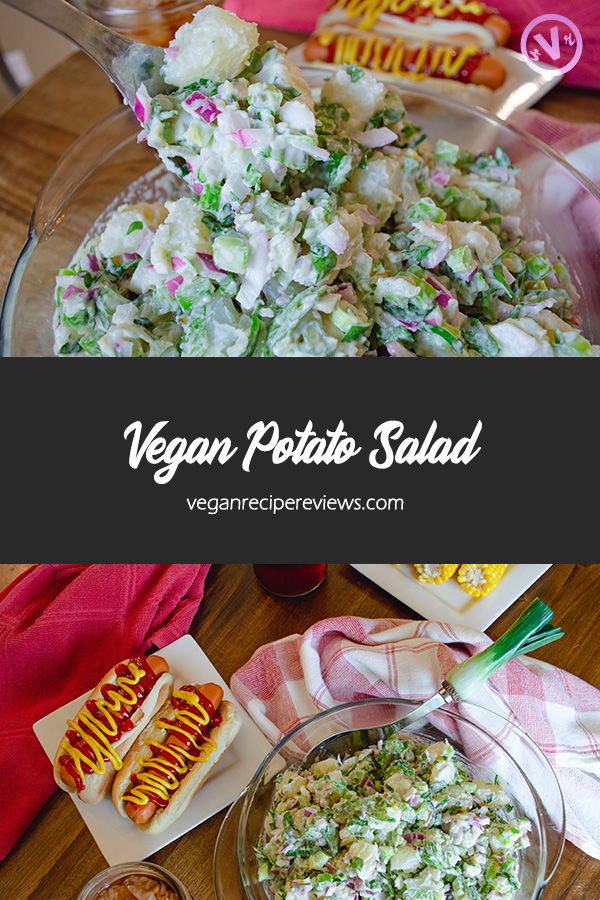 Creamy vegan potato salad that can fool your non-vegan friends

I started by peeling the potatoes. The recipe calls for 35 oz of potatoes which is about 5 medium/large potatoes. I chopped them into bite sized cubes and put them into a large pan with cool water. Then, I brought them up to a boil. Once the water was boiling I added in a tsp of salt and turned down the heat to medium. At this point, I cooked them for about 8 minutes until they were fork tender but not too soft. I drained the potatoes when they were done and put them back into the pot with 2 tbsp of white wine vinegar and left it to cool for 25 minutes.

In the meantime, I chopped the celery, red onion, green onion, dill pickles and parsley and put them in a large bowl. Once the potatoes were fully cooled I put those in along with the vegan mayonnaise and dijon mustard. Then, I mixed everything up. 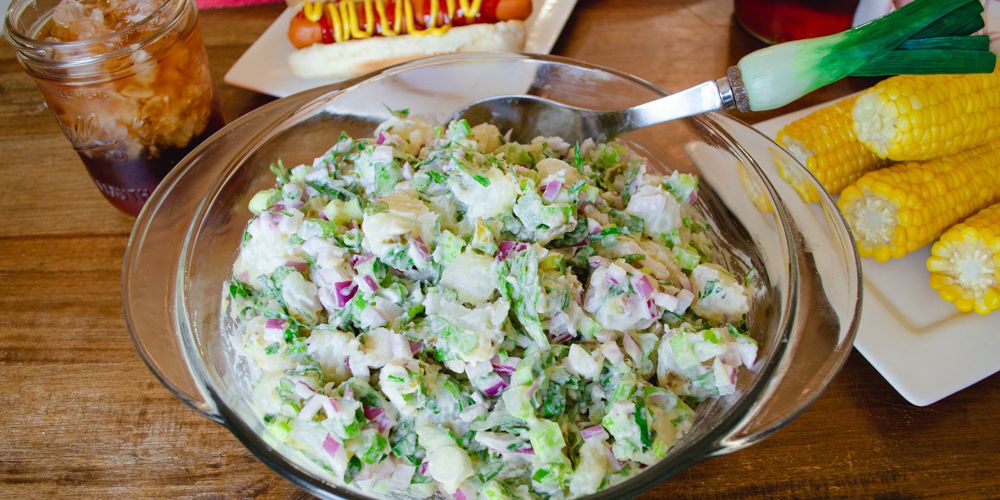 Absolutely, perfect! It's exactly what you'd expect a good potato salad to taste like. I doubt even non-vegans could tell it was vegan. The vegan mayonnaise makes it super creamy. The vinegar gives it a tart flavor that balances everything out. The fresh parsley gives it a nice fresh taste. The celery and red onion gives it a nice crunch and contrasts the soft creamy potatoes. Overall, a great staple dish!

This is a cheap recipe. I was able to get a large bag of potatoes for $4 and used only half of them for the recipe. The rest of the ingredients are fairly cheap. Fresh parsley knocks the price up slightly but it really is cheap to begin with but you could make it even cheaper using dried parsley. The vegan mayonnaise is pricey but this recipe only calls for 1/2 cup which isn't bad. Overall, you can make this recipe for less than $5 and easly feed 6 people.

It's a pretty potato salad. I like how it calls for red onions instead of white/yellow because it gives it a nice pop of color. The fresh parsley added a great pop of color too. The potato salad looked creamy and delicious with crunchy celery and fresh herbs.

There are a lot of steps to this potato salad but it wasn't too bad. You can chop up the ingredients while the potatoes are cooking and cooling. The recipe was very straight forward and I didn't get lost following the instructions. I didn't take me too long to make either, probably about 40 minutes total. This is a recipe that can be made ahead of time and put in the fridge to cool until ready to serve which is great when you are having people over and cooking other food as well. 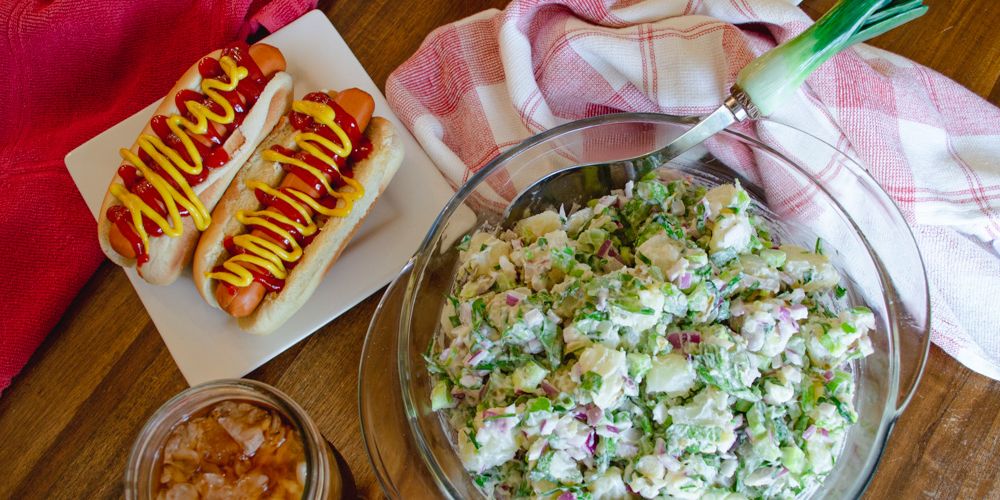 Definitely! This is a great traditional potato salad recipe that can be used for any bbq. It's something the whole family would enjoy and has been approved by non-vegans.