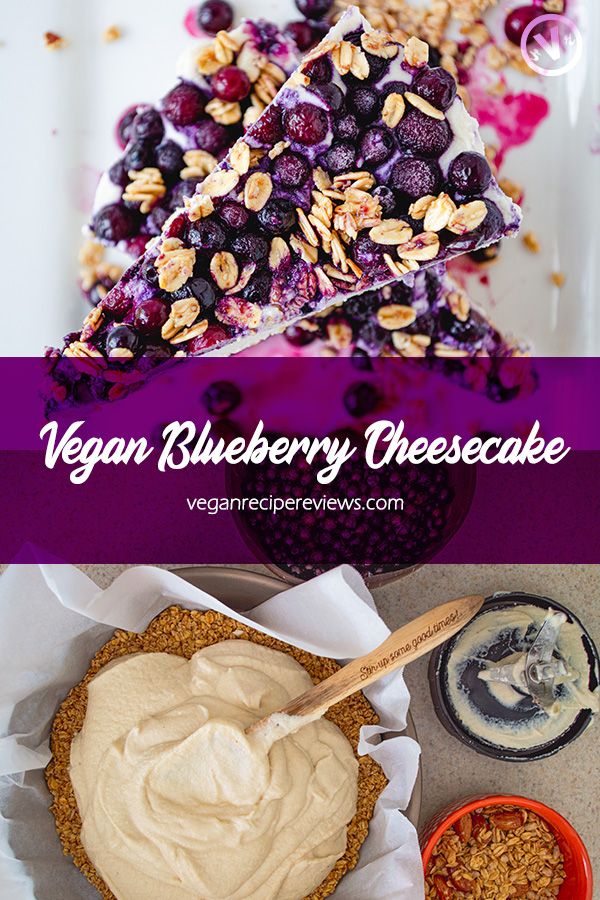 A Whisk and Two Wands

Before I started, I soaked the cashews overnight. You don't have to soak them overnight but you should soak them for at least 4 hours. Then, I lined a 9 in round pan with parchment paper. The recipe called for a 9x9 pan but this was the closest thing I had.

I put most of the package of granola into my food processor and pulsed it. It was a very dry granola so I added in 1/4 cup of coconut oil to help it stick together. (This was in the notes of the recipe.) I couldn't find the granola from the recipe so I went with the Bear Naked vanilla. This one doesn't have honey but other flavors do so watch out if you use the same brand. I put the crust into the freezer like the recipe suggested although it's not necessary.

Next, I made the cheesecake filling. I added the soaked cashews to a food processor and blended it as much as possible. Then, I added the cashews, coconut milk, maple syrup, lemon juice and vanilla into a blender and blended until smooth.

I took the crust out of the freezer and poured the filling in spreading it evenly. I then put the wild blueberries on top and swirled them with a knife. Note, I left the blueberries out to thaw slightly while doing the other steps. This prevents them from sticking together when putting them on top. I then put more granola on top and put it in the freezer to set for 3 hours. I took it out for 15 minutes before cutting it. It's still pretty hard at this point and you can probably leave it for longer so it's easier to eat. 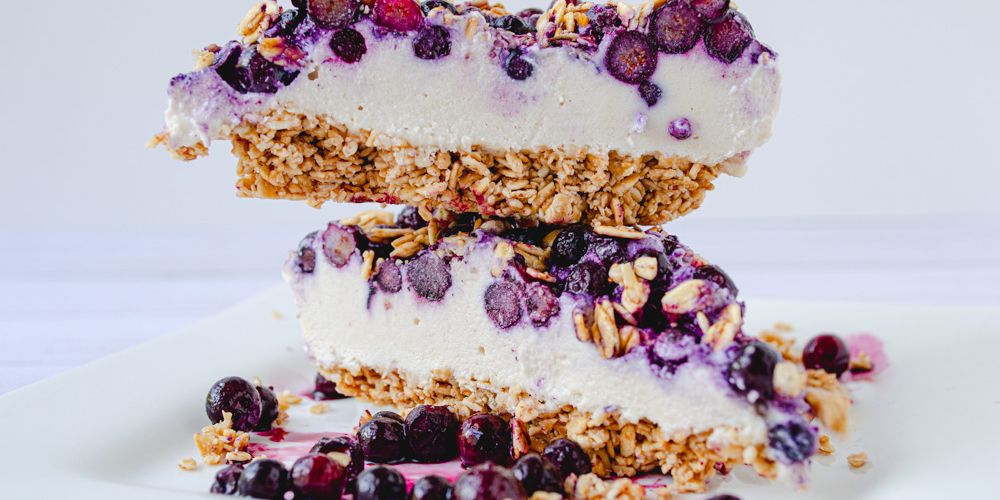 The cheesecake reminded me of a real cheesecake. The cashews and coconut milk made it creamy and it was perfectly, lightly sweetened by the maple syrup. The coconut milk wasn't overpowering and I didn't taste the coconut flavor. The wild blueberries stole the show by dominating the flavor and adding natural sweetness. This recipe calls for wild blueberries which I find sweeter than normal blueberries. If you can't find these in your grocery store check the freezer section. They are usually more expensive but worth the price. The granola crust enhanced the sweetness as well and gave a nice crunch. I'm glad I went with a vanilla granola because I feel that complimented the cheesecake.

This is by far not a cheap dessert. Cashews, wild blueberries and granola are all expensive. You could make your own granola to make it a bit cheaper. I would recommend using wild blueberries over regular because the flavor is worth it but you could always use regular blueberries to make it cheaper. However, you can keep these in the freezer for a couple months before they go bad. This works perfect for me when I occasionally want something sweet after dinner. Compared to a cake that only lasts a few days; I'll end up finishing these bars before they expire. 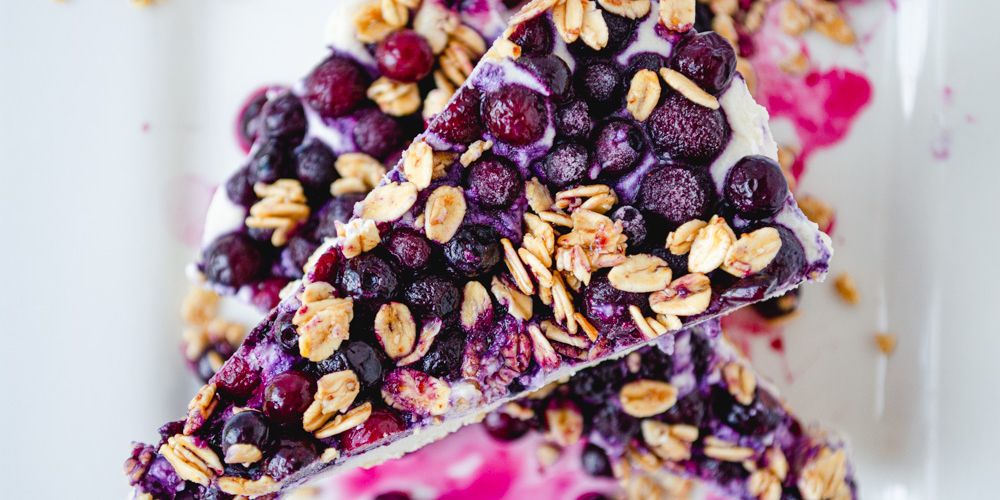 Absolutely— beautiful. The blueberries are so vibrant on the white cheesecake. They have a range of blues and purples which just look lovely. The swirl of the blueberries adds more color from the melting blueberries. The granola on top adds more character. The only part that bothered me was the crust. Around the corners, it started crumbling off. You'd always end up having bits of granola on your plate after eating a piece. I don't think my food processor could blend it up enough to allow it to stick together enough. Next time I will probably try a different granola that isn't so dry or try to make my own.

It wasn't too hard to make. I did end up using the food processor and blender which is more stuff to wash but it honestly wasn't that bad. I didn't need any additional bowls. It was straight from the food processor to the blender to the pan and that's it. Not having to bake it was great too. Throwing it in the freezer and leaving it till later is super easy. 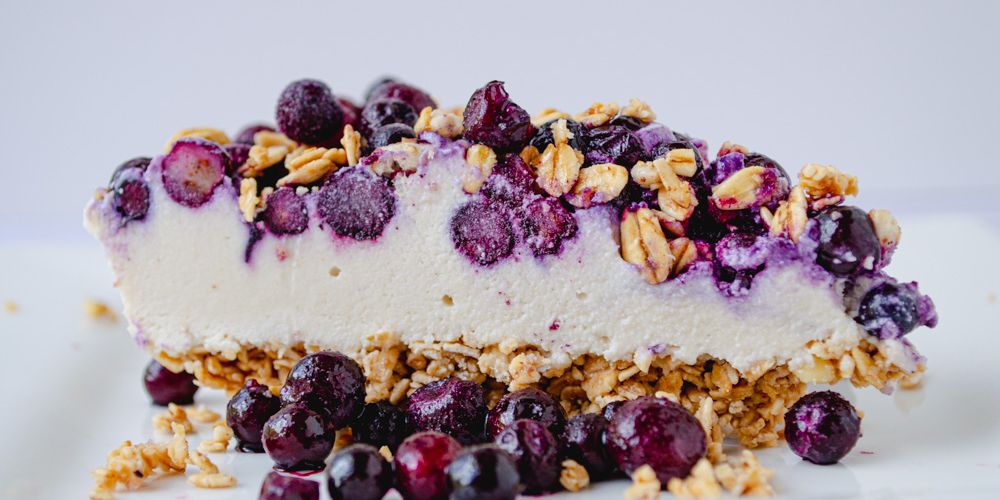 I really enjoyed it so I would make it again. I occasionally crave something sweet after dinner and this is a nice treat that I don't feel too bad about eating. It's much healthier than my love for ice cream! As I mentioned before, I would probably try a different granola to make the crust. I'd also love to try this recipe but with strawberries or some sort of strawberry puree instead.