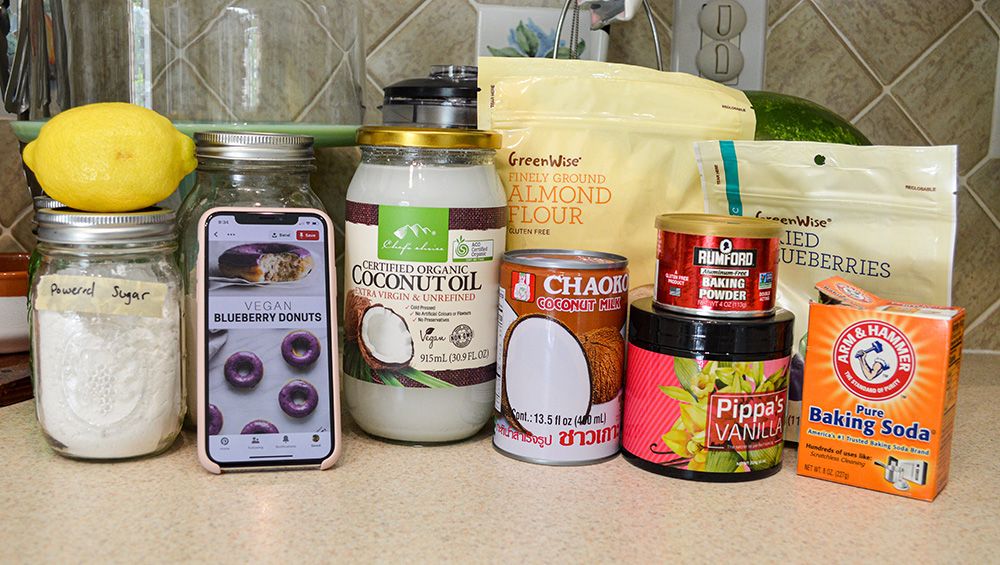 I wanted to mention specifically that I changed the recipe slightly. I couldn't find spelt flour in my grocery store so I used almond flour and a gluten-free flour mix instead. I used vanilla powder instead because that's what I have; however, vanilla extract can be used as in the recipe. I also had to double the amount of blueberries used in the glaze which I'll explain later.

While those cook— make the glaze. Sautee the blueberries in a sauce pan on medium-low heat for 5-10 minutes. Add the blueberries with the rest of the glaze ingredients into a bowl and blend with a hand blender until the glaze comes together like the third picture above. You may need to whisk the ingredients once the berries start to blend and then blend more until you reach the consistency you want.

Issues with the Glaze

I had to doubled the amount of blueberries as the original recipe because 1/4 cup was too little and I wasn't able to blend them. The first photo above shows 1/4 cup of berries in my blender cup. I wasn't able to blend them at all. I moved the berries to a bowl, doubled the amount of berries and tried using a hand blender and was still unable to get them to blend. The second photo is my attempt. In order to get the berries blended I move all the glaze ingredients to a bowl and was finally able to blend it together with the hand mixer. It was still a bit difficult. I'm not sure if there was an easier way to do this but I struggled for a while.

Once all your donuts are baked let them cool before you glaze them. I tried to glaze one of mine too early and the thing literally disintegrated in my hand and into the glaze. On the plus side, I got to try one while it was still warm. I placed them into the freezer for 15 minutes to help them fully cool flipping them halfway. To glaze, pick it up and hold it on multiple sides for support. Then, dunk it in the glaze twisting while pulling it out. The twist will help it from getting stuck. This is a bit tricky but if your donuts are fully cooled it shouldn't be too difficult. 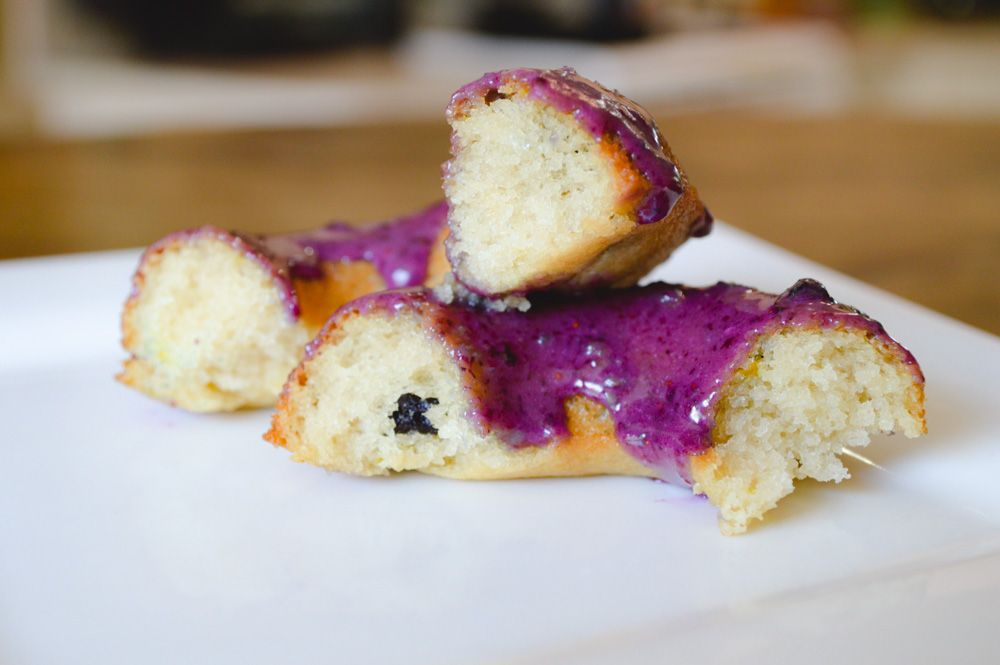 These baked donuts are like eating a blueberry muffin with a delicious beautiful glaze on top. They were fluffy and moist and perfectly sweetened: not too sweet yet sweet enough. The glaze was very sweet with a great blueberry flavor from the sauteed blueberries which balanced out the lightly sweetened donut. The dried blueberries in the donut itself gave a great pop of sweetness and flavor without causing the donut to get soggy like with fresh berries. 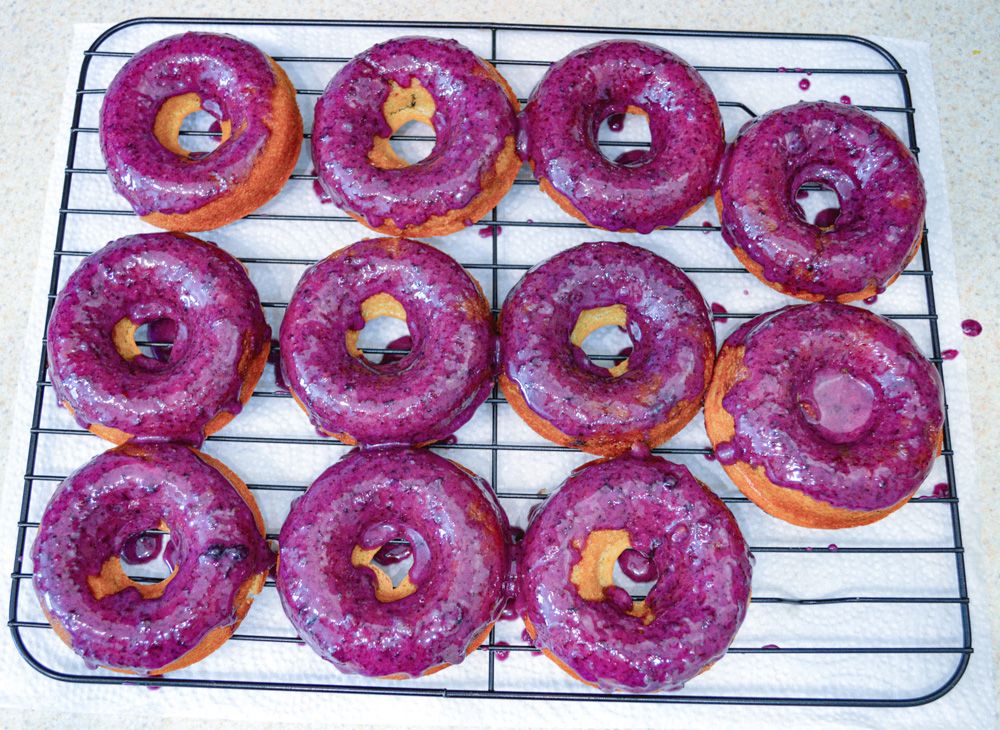 I don't know how you could make a more beautiful donut. They baked to a nice golden color yet were light and soft inside. The glaze was amazing. The colors pop out and make it look unique. I love the variety of purples and blues you get from sauteing and blending the berries.

Making the donut batter and the donuts themselves was pretty simple. I did have issues with the glaze that made it more difficult than it needed to be. Because of that I knocked the score down.

Blueberry donuts have always been my favorite kind of donut. These were perfectly sweet (to my tastes) and I would definitely make these again.